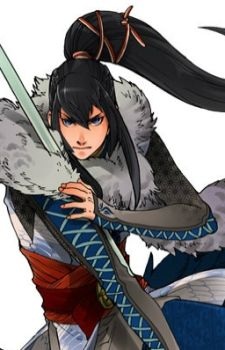 Ranmaru is Nobunaga's page who has served his lord since his early childhood. When his father first introduced him to Nobunaga, the young lord immediately shared his dream of unity with the boy. Despite his innate skepticism for the fairytale-like vision, his master's bold rulings and brilliant charisma soon won his heartfelt devotion. He especially idolized Nobunaga's dream to wage war in order to purge it of all strife, illnesses, and suffering, and to bless the land and its people with thriving wealth and prosperity (Tenka Fubu).Sometime before the main setting, Ranmaru's father perished in battle. Rather than feel despair for his father's demise, Ranmaru was proud of his final act of bravery and loyalty. He believes he should follow his father's example and dreams of someday having the honor of reliving the same duty. The page expressed his wishes to Nobunaga when inquired and is perplexed by his lord's immediate displeasure. Cutting him off with a warning to not be like his father, Nobunaga adamantly refuses to grant Ranmaru the permission to march into battle. Believing that his refusal means he is unworthy, Ranmaru trains his spearmanship and studies rigorously every day without fail. He punctually attends to his page duties –rarely known to err or be distracted in his errands– and quickly won renown as Nobunaga's greatest veteran page. Many onlookers believe him to be the strongest fighter in the Oda.The news of spies lurking within Azuchi Castle worries Ranmaru. Therefore, whenever he has leisure during the day, the page is frequently seen questioning the guards for news regarding the spies' whereabouts. Much to his ire, he often finds dead leads.Ranmaru obeys the romanticized samurai code of ethics with untold devotion. This orderly and steely page is concerned with his duty to protect Nobunaga at all times. He speaks only with the expected formalities of his meager rank –addressing everyone as "Master" or "Lady" (殿, -dono)– and rarely enjoys social gatherings. He interprets every command given to him, be it him being a scribe for his lord's proclamations or providing assistance with moving the castle's inventory, as an extension of Nobunaga's own actions. He even dedicates his copious training sessions with the other pages –with who he speaks with warm respect– a means of serving Nobunaga. He often has no qualms with the conventional customs of the era unless they somehow interfere with his lord's rulings. The page habitually admonishes anyone for their improper conduct, not even sparing Nobunaga's casual glee from his nagging. Many within Azuchi Castle view him as a reliable warrior and admire his budding potential for the Oda, even if they might be exasperated by his uncompromising sobriety.His faithfulness to ancient traditions automatically puts him at odds with many of the modern traits found in his cohorts, which is usually exploited for good-humored banter within the game's script. Ranmaru is a poor liar because of his adherence to proper etiquette; his obvious breaks in composure makes his true emotions and thoughts ridiculously easy to read, regardless of whatever protest spews from his puckered lips. He is deathly afraid of frogs, for instance, and pales immediately upon seeing one. Feeling that it's ludicrous for a servant to be so open and taking pride in the warrior's death he someday expects for himself, Ranmaru earnestly believes he should continue to demean himself and shouldn't be selfish for anything. Nobunaga may join the others in their buffoonery, yet he can't forgive the page for clinging to this sole archaic belief. When his lord suddenly disciplines him, Ranmaru automatically believes he must still be inadequate to serve his lord properly and feels insecure about his inexperience. As he seeks to find another method of serving Nobunaga, the page remains sadly oblivious to his lord's message of treasuring his own life.(Source: Koei wiki) No voice actors have been added to this character. Help improve our database by searching for a voice actor, and adding this character to their roles here. 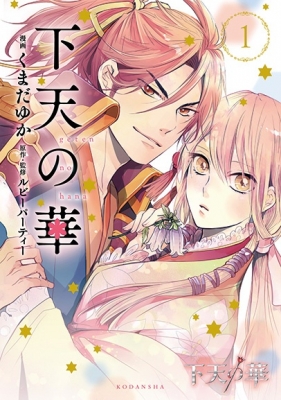